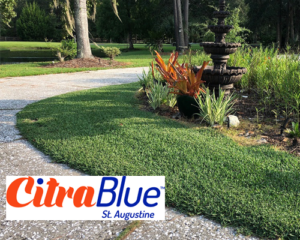 The University of Florida has approved the first new St. Augustine release from a four-year long collaborative research project between UF and members of Turfgrass Producers of Florida:  CitraBlue™ St. Augustine.

CitraBlue™  was developed by the University of Florida’s turfgrass breeding program under the direction of Dr. Kevin Kenworthy, in collaboration with plant pathologist Dr. Phil Harmon and entomologist  Dr. Adam Dale.

The program specifically sought to identify and test lines which would be equal to or better in drought and disease resistance than Floratam, the most widely used St. Augustine cultivar in Florida; have shade and cold tolerance that was equal to or better than Palmetto and Raleigh; would maintain good turf quality; and would be well-adapted for the varied soil types and growing conditions throughout the state.

On-farm evaluations have confirmed that CitraBlue™  performs well on both muck and sandy soils, with a fast grow-in rate. In landscape settings, it has filled in quickly and exhibited better shade tolerance than Floratam.

The name CitraBlue™ was chosen both for its distinctive color and in tribute to the UF/IFAS Plant Science Research & Education Unit at Citra, Florida, where the cultivar was developed.

The St. Augustine sponsored research program was created in 2015 to explore and further evaluation a number of St. Augustine lines in the UF breeding program for specific traits of disease resistance as well as shade and drought tolerance.  The most promising lines have been tested at universities throughout the southeastern United States and in the National Turfgrass Evaluation Program (NTEP) trials.  Material was planted on farms in key locations for evaluations in 2016 and 2017; it was also placed in landscape settings (both in state and out of state) in 2017.

The University of Florida approved commercialization of the cultivar (designated FSA 1602) in late summer 2018.  TPF has licensed the release from Florida Foundation Seed Producers, which handles cultivar releases for the University of Florida; Sod Solutions will handle licensing and administrative work on behalf of TPF.  By 2020, the grass will be available from a wide network of Florida growers; it will be expanded to other compatible growing areas throughout the US as well.

A percentage of royalties collected on sales under joint release programs such as this one are returned to UF where it is invested back into research programs.  An additional small percentage directly supports Turfgrass Producers of Florida and the work that it continues to do on behalf of the Florida sod industry. 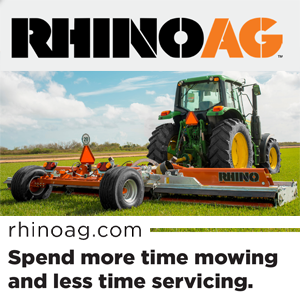