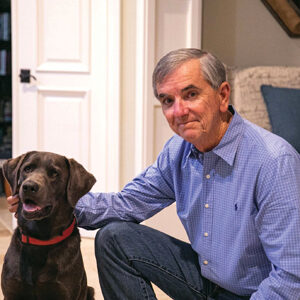 As CEO of Bethel Farms, Will has proven to be an exceptional collaborator and innovator, not only in marketing but also e-commerce and other areas, and he is well respected for his proactive involvement in the industry. One such example is work with the regional water management district to help them understand industry and production issues and to develop strategies for water conservation and sustainable farming.

Nugent is known throughout the industry for his leadership and success in incorporating those traits as guiding principles of the Bethel Farms culture. In addition, he has shown commitment toward the industry through his support of FTGA and his charter membership in Florida Sod Growers Cooperative (FSGC) in 1989, now Turfgrass Producers of Florida (TPF). He’s been described as “a man of character,” and that applies to his dealings with family, friends, employees and colleagues. His character derives from a strong grounding in faith.

Will, and Bethel Farms, is a Heritage Member of TPF (a founding member of the associaton since 1989). He had served multiple terms on the FSCG Board of Directors and two terms as president. In 2008, he received the Award of Merit for his contributions to the association. He later represented Florida on the Turfgrass Producers International board of directors as president of that organization, and most recently, on the formation committee for a proposed Sod Industry Checkoff. He forged one of the first partnerships with Sod Solutions on behalf of FSGC/TPF, a collaboration that increased revenues for the association and allowed it to grow into a thriving organization. He has consistently offered land and expertise to University of Florida researchers as they’ve conducted numerous projects and initiatives ranging from pest and disease management to new cultivar breeding.

What started as a high school romance blossomed into a family business. Will met Kim Bethel in high school and they’ve been together ever since. Both work at Bethel Farms along with daughter Ashley and sons Jason and Tyler.  Bethel Farms’ mission is “honoring God by serving our customers with excellence, innovation, integrity, and teamwork.” The farm’s vision is “to lead the sod industry through our continual investment in people, products and performance. We never quit.” Its core values are “safety, service, integrity, innovation” – words which also reflect the character of Will Nugent.

The award was presented during the FTGA’s 68th Annual Conference & Show Awards Luncheon on Thursday, November 11th at the Omni Championsgate in Orlando. Congratulations to Will on a well-deserved award. His contribution to the turfgrass industry will leave a lasting mark and set an example for generations to come.

This article originally appeared in Florida Turf Digest, a publication of the Florida Turfgrass Association.